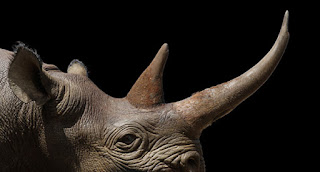 Dear Ricky, Kevin, and Trevor,
Do you want to buy a black rhino?
The reason I am asking you is, that there is a rhino bull on auction in South Africa right now. It will be sold on Wednesday, October 9th to the highest bidder.
The owner is selling the animal because it is extremely aggressive to other rhinos in the area. So far it has killed two healthy rhino cows it was supposed to breed and it is obviously bad for the future rhino population. So the bull must go and the South African authorities have granted the owners one of the nine CITES hunting trophy export permits for black rhinos for 2020. It is expected that the animal will be sold to a hunter (which is fine with me). However, it doesn’t have to be so. You can buy this animal. Everyone can. All you need to do is to be the highest bidder, pay for the animal, move it to a place of your choice and take care of it for as long as you own it. You can even give it a name of your choice. With a little luck, this animal can be your own exotic pet for up to about ten years more.
The money from the sale goes directly to the owner of the animal who has invested millions in rhino conservation already and he intends to continue to do so. Obviously, he is going to replace this animal with a more productive breeding bull, he has set aside thousands of hectares of land for the project, it has been properly fenced, and he is financing top-notch anti-poaching security on the property. It is not difficult to see why rhino conservation is extremely expensive. Right now the main source of income to most rhino owners is the very limited sale of surplus bulls like this one.
Here is your chance to show the world, that your passion for nature conservation is not limited to words. You can actually buy this rhino and demonstrate in real life exactly how your solutions for rhino conservation work. You can buy it alone, along with other celebrities, with your millions of fans or however you prefer to raise the funds. You can even buy land, fences, more rhinos and facilities to take care of them and all the other wildlife you might purchase. Actually, you always could but since it never happened I assume you didn’t know? Now you do know! Nothing is stopping you. If you – or any other kind-hearted animal lover – do not buy this animal it will most certainly be hunted in the near future. Because it has to go.
For obvious security reasons, I cannot reveal any details about the rhinos current location or its owners. As you know poaching is still a serious problem. I have however created this temporary email address for you – or any other seriously interested buyers – to use if you want me to forward offers and details to the owners: sa.rhino.2019@gmail.com. The opening bid is 680,000 USD.
So …… do you want to buy this rhino?
P.S. The photo in this letter is the actual bull in question. It is presumed to carry the largest set of horns of any black rhino bull on the planet …. Just a fun fact to tell your future guests who see the rhino on your property.
All the best
Jens Ulrik Høgh
Nordic Safari Club
#rickygervais #kevinpietersen #trevornoah
kl. 07:48